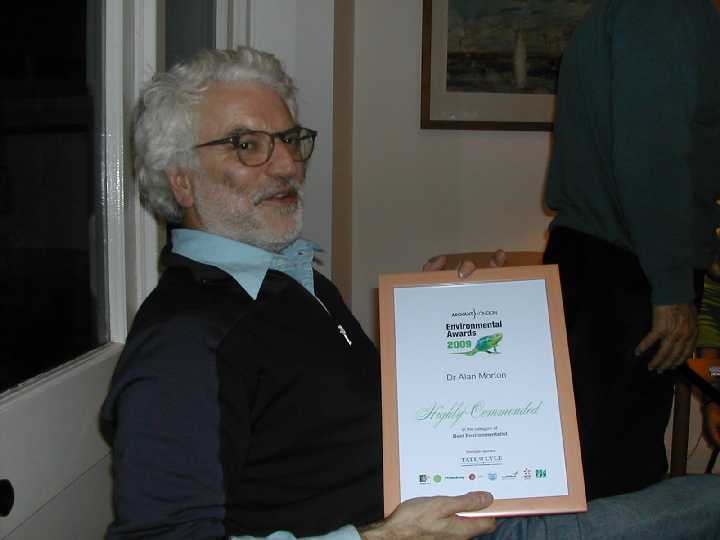 2009 has been an eventful year for our organisation.  Here is the main news;

We have held 10 meetings, included one addressed by GLA member Nikki Gavron,

* We provided members for 3 eco-teams and set up a light bulb library,

* We ran stalls at the Green Fair (“rocket science”) and at the Muswell Hill Festival,

* In August we held an Anti-plastic bag demo outside Sainsburys in which we gave away 150 Green bags and won public support and coverage in the Muswell Hill Journal,

* We increased our paid up membership to 40,

* Our ideas for a Muswell Hill Low Carbon Zone were adopted by the Council whose bid for GLA funding was oneof only 10 successful bids in the whole of London.  It will mean £250K being applied in services and subsidies to reduce carbon emissions in the Zone by 20.12% by the end of 2012. MHSG will be heavily involved in the delivery of this project,

* Our Green Streets bid for £200K from British Gas to do other good works in N10, outside the Zone, was an unsuccessful finalist but with another chance on the repechage,

* Our bid to DECC, in partnership with the Council, for £250K for putting PV arrays on schools in N10 and other large buildings is still under consideration,

* On 30 October Muswell Hill Sustainability Group  registered en10ergy ltd as a free-standing social enterprise company.  This was a finalist project in the Archant London Environmental Awards 2009,

* In the same competition our chair, Alan Morton, was awarded an Archant plaque as runner-up Environmentalist of the Year!!