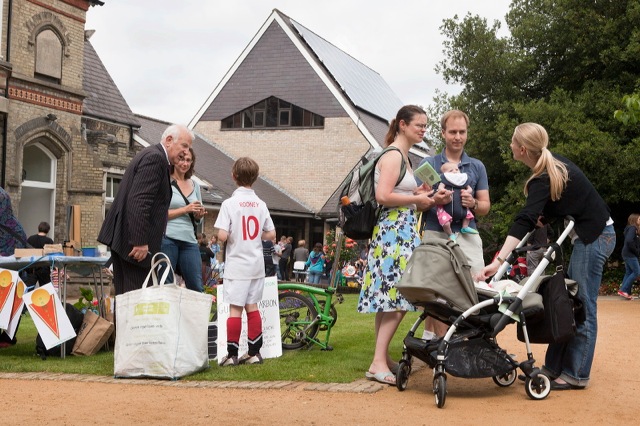 Crowds flocked to the Methodist Garden Party on Saturday afternoon, 25 June 2011 where our 39 solar panels were on public display for the first time.  All the traditional elements in a Garden Party were there, including cream teas and a brass band; and Alan Morton took the mic to tell a respectful audience how the MHSG and Methodist Church had co-operated to install this impressive array within the budget provided by the Low Carbon Challenge and without incident.  [Applause]
But top of the bill was Brian Simpson’s Guess the Weight competition in which a prize was offered for most accurately guessing the weight of carbon saved by the PV array by 4.30pm that day.  We had 40 entries, mostly by schoolboys one of whom (Robert Jones aka Jones the Math) came up with the answer nearest to 8.2kg and won a solar alarm clock.