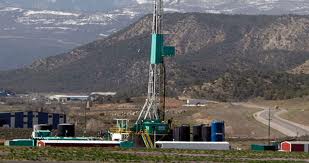 Cara Jenkinson, Chair of MHSG, writes “I am deeply concerned that it now seems more and more likely that fracking will be allowed to proceed apace in the UK.  In addition to the concerns around earthquake risk, water pollution has been a real issue in the US with benzene and methane found in drinking water.  Furthermore and most worryingly shale gas retrieved by fracking is not ‘clean’ fuel, as stated in much of the promotion around this process.  Scientists at Cornell University have shown that fracking leaks methane which is 105 times more powerful than carbon dioxide as a greenhouse gas.  Richard Black, environment correspondent at the BBC has produced an excellent article showing that a ‘dash to gas’ will mean that we cannot hit the Government’s targets for decarbonisation.”