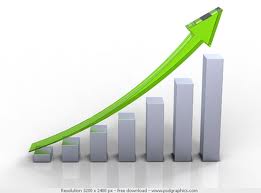 Professor Michael Jacobs brought good news to Muswell Hill Methodist Hall. The former Special Adviser to Gordon Brown, both at the Treasury and at No 10 and visiting Professor at the Grantham Research Institute on Climate Change and the Environment at the London School of Economics and Political Science spoke to some 40 members of the Muswell Hill Sustainability Group on the 23rd of May. But we had to hear some bad news first…..

Bad news such as…. To limit global warming to 2C, greenhouse gases in the atmosphere must remain below 450 parts per million. We are currently at 400 and rising. The global reserves of oil, coal and gas, should we use them, are five times the amount that would take us over the 2 degree limit. Bear in mind that CO2  is accumulative in the atmosphere, so in order to prevent a dangerous rise we have to leave three quarters of the fossil fuels reserves just where they are; in the ground. How likely is that without a coherent financial investment in green technology world wide?  Bad news such as….. the oil companies are eyeing up the Arctic for new oil… Oh and here is choice bit of bad news…. Fracking in the USA has provided a source of oil to substitute for much more polluting coal and they have reduced their CO2 emissions by 20% in the last three years. However with the reduction of demand for coal its price has gone way down and American coal is now being exported, big time, to Europe.

Enough of the bad news.

Professor Jacobs tells us it has been known for 150 years that CO2 causes global warming. Once adjustments for natural variables are made it becomes obvious, despite what the Daily Telegraph and Lord Lawson would have us think, that what we are seeing now is manmade global warming. But the professor is an optimist. Or as a well-informed pragmatist, he is what might pass for an optimist in the light of the massive challenge climate change poses. I admit that I was expecting to leave his talk confirmed in the prospect of doom and gloom. Instead I came away with a real sense of having a part to play in the changes we must make to turn the tide of CO2 emissions. But can we really hope to be in a position where we can turn our backs on precious oil in the ground? As Professor Jacobs says, ‘The stone age did not end because we ran out of stone. We have the means and certainly we have the reason for making the changes.’

The good news…. Investment in renewables is now priority in many countries. Germany is forging ahead with decarbonisation schemes and will reduce emissions by 40% by 2020 and by 80% by 2050 without use of nuclear power – using renewables and energy efficiency alone. Fully 70% of all European power investment is in renewables. Meanwhile, China has become the world’s largest producer of both wind and solar power.

What is needed is interconnected grid systems that can ensure varying energy supply from renewables can flow from where it is generated to where it is needed, adjusting demand more carefully to supply. Gas, the least polluting of fossil fuels, can as long as it is situated where carbon capture can apply, provide the base-load fuel.

For me the most interesting aspect of Professor Jacob’s talk, the part that gave  hope, was his discussion of the concept of Green Growth.  The argument used to be presented in terms of a choice – Green or Growth.  What both Michael Jacobs and Paul Ekins (who spoke to MHSG last Christmas) have emphasised is that without green policies, we will have less growth, not more.  What we called sustainable development has morphed into the Green Economy or Green Growth and is now prominent in discussion in major international institutions. The OECD, the World Bank, UNEP and the Global Green Growth Institute have jointly established the Green Growth Knowledge Programme. A platform for research and knowledge of green economic issues.

Imagine not long ago, say 30-40 years ago those who spoke and campaigned for sustainable practices and environmentally sensitive policies in government were thought of as nutters. Look what we have achieved and in the face of huge self-interest and establishment politics! Given the leviathan we faced and continue to face we have worked the near miracle of international acceptance of our goals and aims. Grass root organisations do have impact. Persistently pestering the political establishment and spreading the word to neighbours and local groups and keeping ourselves informed is our job. MHSG has done a good job of it these last five years, don’t you think? Pat on the back….now back to the grind stone