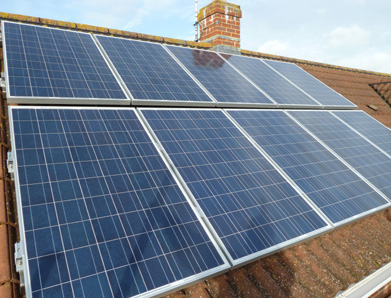 Groups campaigning for sustainability are often frustrated by how little happens and how slow change is.  However the UK has made some real progress in terms of energy saving and renewable energy, albeit from a low base.  We now produce 15% of our electricity from renewable sources – this is double what it was in 2010.  The UK is the clear world leader for offshore wind (3.8GW per annum) which is more than any other country.  Since 2010, there have been around 500,000 installations of solar pv (of which en10ergy, MHSG’s social enterprise owns 2!), generating nearly 3GW in electricity.  Perhaps most encouraging of all is the fact that households are now using 20% less energy than they were in 2004.  Hopefully the workshops and events that we’ve run locally have made a small contribution to that!  With the majority of households now having loft insulation and cavity wall insulation, the next big challenge is solid walls – which applies to most of the homes in Muswell Hill.   This is a much harder nut to crack than cavity wall insulation – solid wall insulation is considerably more complex, expensive and requires higher skill levels in installers.  But done properly, big savings can be made on energy bills.  The good news is that there are some generous funding schemes for this now.  Haringey Council is about to launch their own scheme – offering eligible householders £6000 to insulate their solid walls.  We will provide more information on this scheme shortly.

We need to keep up the pressure on politicians from all parties to reduce the UK’s carbon emissions.  But it is reassuring to see that despite the climate deniers and nay-sayers some progress is being made.